Localization Of The Mobile Games Into Italian: Strategies And Interesting Titbits [Case Study]

It might be tempting to think that localizing a simple mobile game is not a particularly difficult task. This article, however, will reveal some of the traps and pitfalls which can come up when translating a fun, light-hearted match-3 game such as Manor Cafe into Italian!

Introduction to the game

Manor Cafe is both a renovation and decoration game – in which you take over an abandoned restaurant – and a match-3 game. Created by developer GAMEGOS, Manor is a very popular game in Italy, with a score of 4 1/2 stars on Google Play and well over a million reviews.

It is undoubtedly a light-hearted and fun game, but what has really won players over are the bright colors, the huge number of levels which are constantly being updated, and the beauty of the Manor, which every few levels opens up a new area requiring complete renovation. You start off with the kitchen, before moving on to a luxuriant garden, a disco, and then even a seaside dock!

In Italy, players spend an average of five hours per week on mobile gaming, and mobile devices are the most widely used hardware, with over 10.7 million players equally divided by gender.

Such a large audience undoubtedly allows for experimentation, and indeed Manor Cafe offers a wide range of expansion characters, each with specific characteristics evolving as a player progresses through the levels.

The size of the game allows the characters to develop, and also allows the developers to be daring with the story. To date, Manor Cafe has touched on many themes through its characters, such as work, love, family, ideals, food, veganism, human nature, and even death, in a fun and yet profound manner.

The challenges of localizing an English game into Italian

The localization of a game like this presents particular challenges for the Italian target language: below we take a detailed look at how the translators dealt with them.

Italian is an inflected language with only two genders, male and female. All nouns – even inanimate objects and abstract concepts – have a grammatical gender and must be declined on this basis. For example, table, il tavolo, is a “masculine” word, and chair, la sedia, is “feminine” one – in grammatical terms only, of course!

The same rules apply to people, but Italian does not yet have an official alternative to talk about someone without expressing their gender, or to talk about a non-binary person.

English, on the other hand, does not have grammatical gender, this distinction resting solely with the pronouns or intrinsic meaning of the nouns themselves. This is one reason why we often use “they” in English to refer to people in general or someone with an unknown or indistinct gender.

As regards Manor Cafe, the characters often address the player to ask them questions or pay them compliments. When translating, we find the tag [[Playername]] in these instances, and the Italian translators had to find ways not to assign a specific gender to the player.

Explanation: if the translator had translated the English word “expert” directly, they would have had to use a specific gender, as Italian uses “esperto” for male and “esperta” for female. For this reason, they chose the word “star”, which is suitable for all genders.

Food and cooking are obviously very important to Italians. However, unlike maybe twenty years ago, there is wider knowledge of foreign cuisines in Italy, and so the localizers working on Manor Cafe decided not to alter the dishes too much to adapt them to the target culture.

The wide range of dishes in Manor Cafe is something which makes the game special, and for this reason, an excessive “Italianisation” of the foods would have taken away from the spirit of the game.

Thanks to Masterchef and the rise of TV chefs, Italians now know what eggs Benedict or pancakes are, things which would once have been localized to an equivalent Italian dish, translated, or even changed to something completely different! 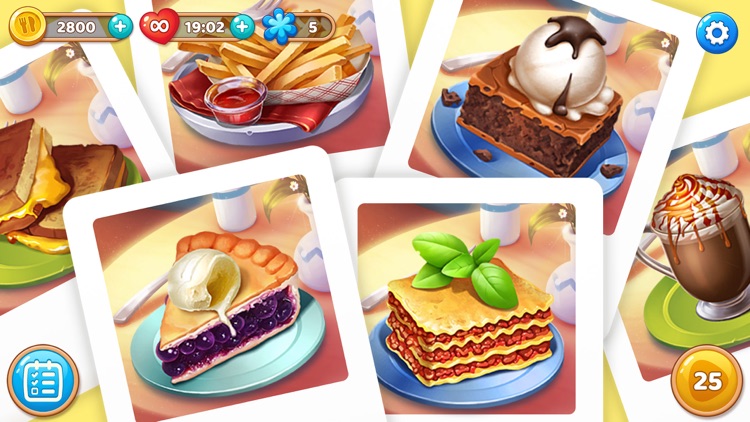 When In Rome, Eat As The… Americans?!

Explanation: This cornerstone of southern US cuisine is not known in Italy, and there is no real equivalent. This is therefore one of the rare examples where the term had to be “fiddled” a bit, and the translators came up with “pane di mais”, or corn bread, which is immediately comprehensible even if the audience do not know exactly what it is.

Explanation: the translators chose to localize this into “toast al formaggio” for reasons of brevity. This literally means “cheese toast”, but the word “toast” is widely used in Italy to mean a toasted sandwich, or “toastie” in British parlance. In videogame and mobile game localization, it is good practice to maintain roughly the same length as the source text.

Since Italians are not familiar with the concept of the grilled cheese sandwich but use the term “toast” to mean a toasted sandwich (usually ham and cheese), this fits the bill. 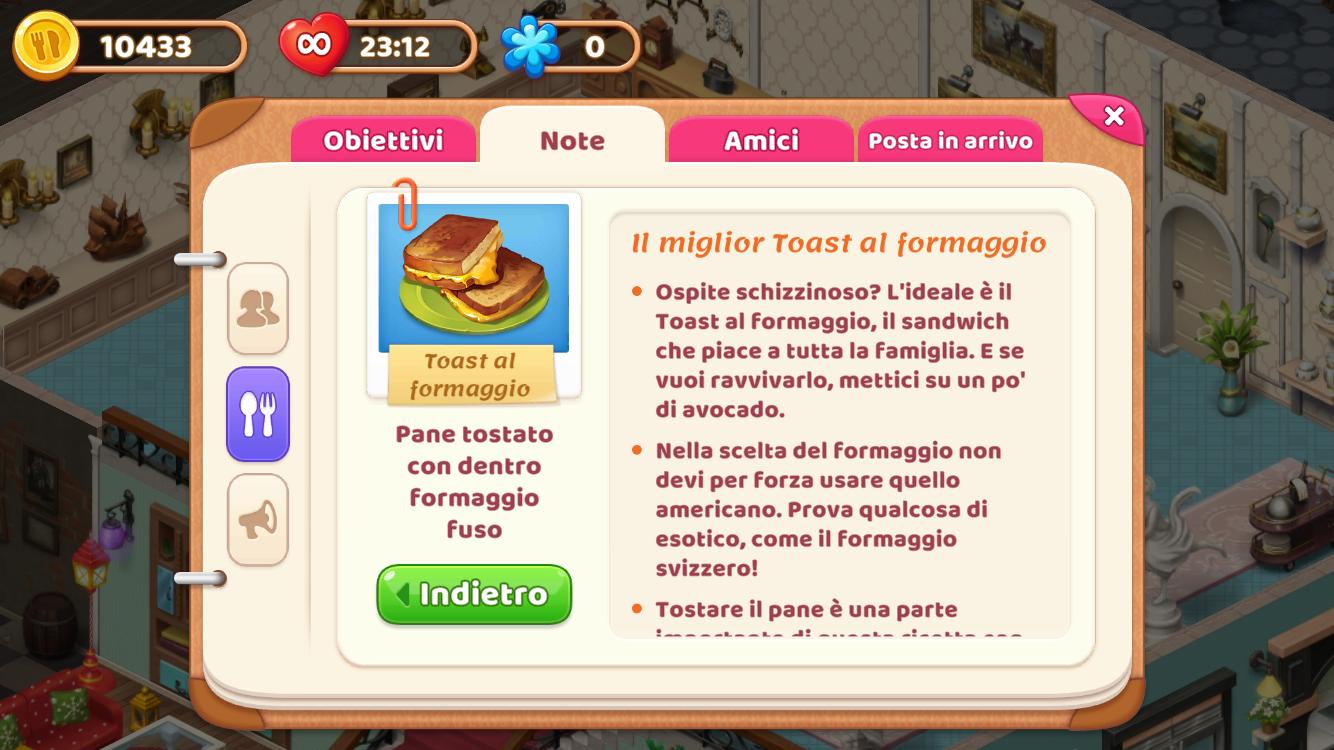 Explanation: the word sandwich has now been fully adopted into Italian, however this wasn’t always the case.

The sandwich is, indeed, not part of Italian culinary tradition – that role being filled by the “panino” (yes, this is the correct term – “panini” is the plural). Unlike a sandwich – which in Italy generally means sliced bread, crusts removed, with a rich creamy filling – a traditional “panino” would be a freshly baked roll with a traditional Italian cold cut, maybe cheese, but nothing else.

Every character is A Character

Each character represents a different challenge for the Italian localization effort. The translators have to take care to maintain their characteristics, while at the same ensuring a fluid gaming experience.

Bruno, the restaurant’s chef, is a cornerstone of the establishment, and has been at the Manor for so long he is practically part of the furniture.

Bruno is a cranky old chef who cannot keep up with young people and their trends. This is particularly true with his new assistant Kyle, and the two are often found squabbling. 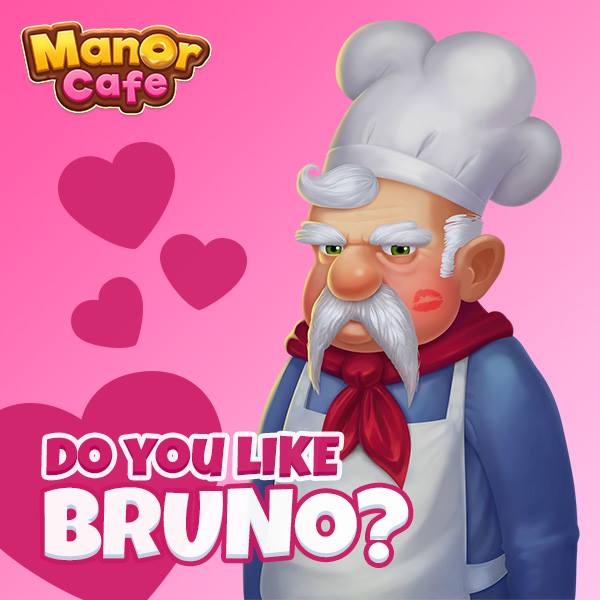 Explanation: Since Italian, unlike English, is a language which is pronounced exactly as it is written, correcting someone’s pronunciation isn’t really a thing in Italian, and the joke wouldn’t have hit the mark. That’s why the translators opted for a phrase with more French words to confuse the old chef in the Italian version.

Bruno is not a very subtle person, and his insulting Italian reply was rendered as “brutto mangialumache” (stupid snail eater)!

English monologue: Bruno: Get a grip, [[PlayerName]]. On your fishing rod, I mean.

Explanation: “Get a grip” doesn’t translate into Italian, so the translators chose to have Bruno address the player with his typical tact and finesse, calling them “un pesce fuor d’acqua” (a fish out of water).

While we’re on the subject of aquatic activities, another character who represented a particular challenge in the localization efforts is Zach, the Australian surfer.

Zach has a strange accent, which in English is rendered with some unusual expressions which the other characters do not always understand.

Zach is blond, athletic and comes from far away. To maintain a comic note, in Italian the translators chose to have him talk in a slightly forced and excessively informal youthful lingo, which sounds slightly ridiculous. 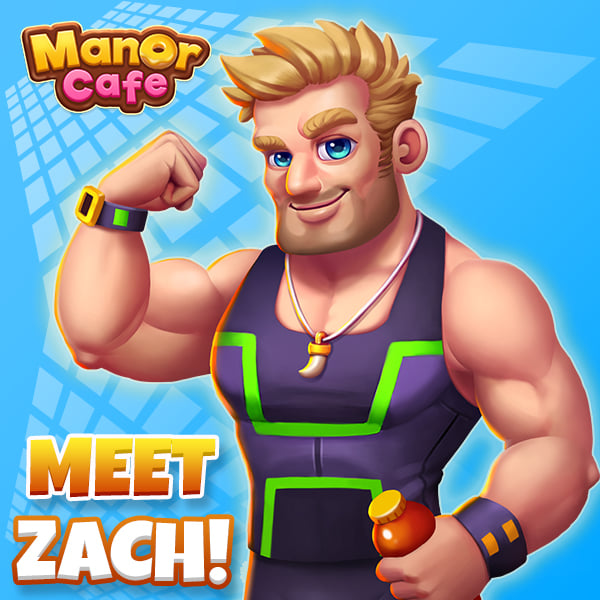 Zach calls everyone “sorella” (sister) and “fratello” (brother), and uses terms such as “sciallarsi” (chill) or “chissene” (who cares).

English: Heyy, being chill is a state of mind where you don’t really care about anything. Like, it doesn’t really matter where you are as long as there is good energy around you. Just go with the flow, and it will take you somewhere cool. Cheers, mate!

English dialogue: Zach: Sorry, but where can I take a slash? Interlocutor: Umm… depends on what you’re slashing, but I guess, the kitchen?

Explanation: the double meaning of “slash” in English (cut/slang for urinate) was translated into Italian as “innaffiare” or water (the plants). Zach’s interlocutor therefore directs him to the garden, instead of the kitchen in the English version.

The Italian localizers also added the expression “se mi capisci” (if you understand me) to make the double meaning clear.

Daisy is a very rich and ingenuous young girl. She is concerned about animal welfare, but most of the time has her head in the clouds. 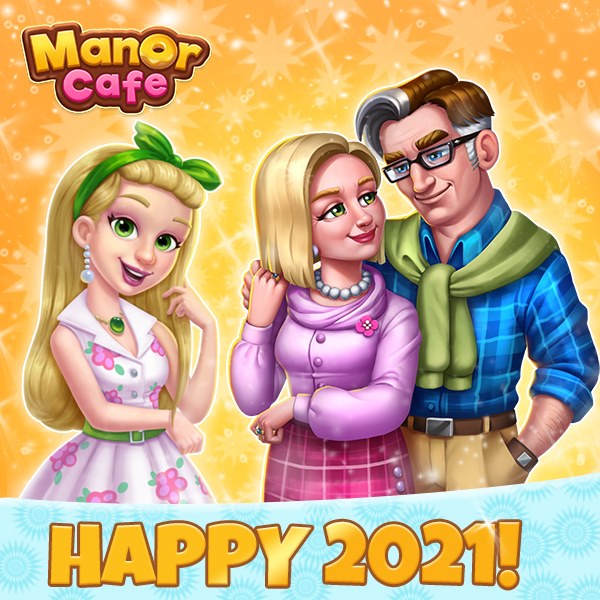 She addresses her parents as “Mother” and “Father”, which in English immediately hints at the family’s social extraction, as well as her spoiled nature, to an extent.

The Italian translators felt it would be a little overly formal for a little girl like Daisy to use the words “Madre” and “Padre”, and so they chose the more suitable “mammina” and “papino”, which are more fitting for a rich and spoiled young girl.

English: Mother! Father! What are you doing?! This is Bella, Kyle’s ex-girlfriend, thief, kidnapper, and hitchhiker!

For most of the game, Serena completely identifies in her medium character, and her manner of speaking is a very important part of her performance. 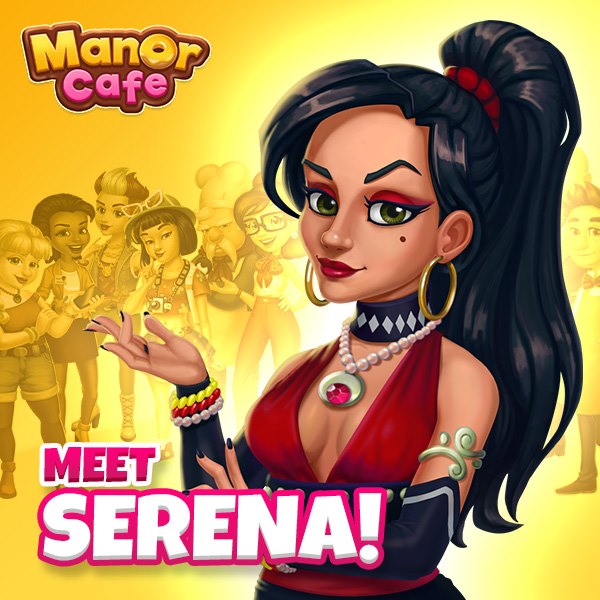 Serena goes around the game stating that she can see the future and addressing everyone as “mortal” as if she came from another time and place.

In English, her language could be described as Shakespearian; in the Italian localization, the translators chose a similarly old-fashioned and unusual manner of speaking.

The Italian localization of Manor Cafe presents new and different challenges with every new chapter of the story. Overcoming them and offering a fluid and immersive experience to the players is the translator’s first job. Even for games which are apparently simple and light-hearted like this one, careful and attentive localization can make the difference.

Game Localization Into FIGS - Will It Still Matter In 2021?

FIGS is the sacred cow in the world of game localization - everyone’s doing it or starts their game translation push with these four languages. But is it still important? Shouldn't we switch to the other languages spoken in the regions like APAC or BRICS? Let's dig into the FIGS markets’ potential.

Localizing or adapting games is not just about translating a game from language A to language B. On a much broader scope, it’s about bridging cultures. So here are some tips to keep in mind when localizing games from the east for players and audiences in the west.