How Game Devs Use Halloween To Revitalize Their Gamers

While shops, restaurants and pretty much every mall gets into Halloween mode with pumpkins, skeletons and all things ghoulish, we take a look at video games. How are game developers integrating Halloween elements into their games? Let’s see how you can treat your gamers and make your video game even more spooktacular.

🎃 Add Halloween elements to the game

Where’s my gloomy pumpkin? Adding Halloween-themed details to your game is probably the most expected by your audience, regardless of the game genre. Classic horror characters (ghosts, skeletons, zombies, witches), animals (bats, black cats), plants (pumpkins), skulls and cobwebs - for every taste, you have a lot to select from.

See how game developers play around with Halloween in their games.

Helio Games did a Westland Survival Halloween event last year, and, according to their producer Catherine Chudinova, “It showed a good boost for the project metrics in terms of revenue and DAU. We hope that this year we will double the results of 2019. We assume that adding competitive mechanics will be one of the main drivers.”

Helio Games prepared a special Halloween location and thematic decoration for players’ ranch, event with a spooky quest campaign, 15+ themed weapons and armor and more. The developers also released a special Halloween leaderboard with special prizes. To compete for the reward, the players need to complete the event storyline, participate in the daily event quests, obtain Ominous pumpkins, and put them into the gloomy pot. 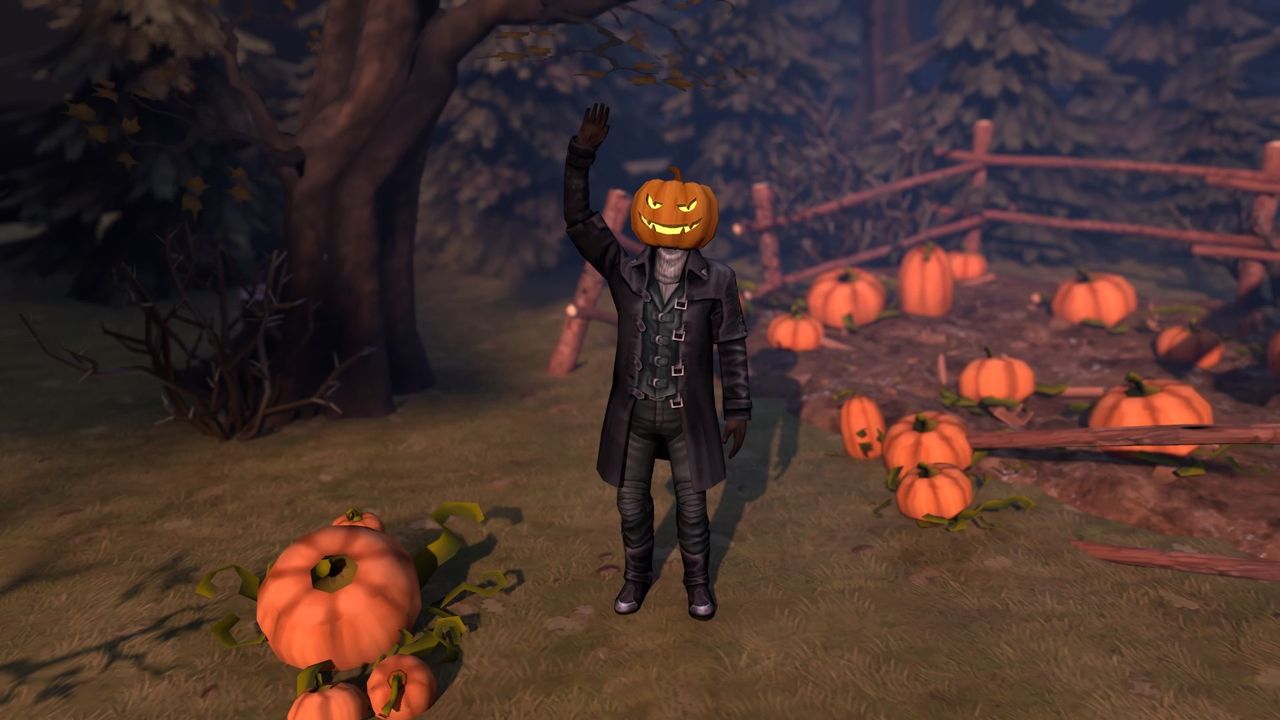 What if the concept and mood of your game doesn’t really lend itself to creepy elements? Then the pumpkin is your salvation! Also, you could offer your players Halloween decorations - that’s what Cafeland World Kitchen has done for their mobile gamers. They also released special Halloween tasks.

What about a magic cape, hat, or even a makeup? Why not add some personalization?

In the strategy game The Battle of Polytopia by Swedish developer Midjiwan, the troops will be able to celebrate the Skull Party and decorate themselves with the skull masks. This option can be activated throughout the entire month of November!

Subway Surfers by Kiloo designed the “fang-tastic” filters on Instagram thus expanding their reach beyond the game environment. You can find them under the name “Cambridge” - a reference to the Subway Surfers World Tour 2020.

In the Cambridge update, the developers introduced the Scream Team - three new spooky characters who’ll be chased by Frankenstein and the skeleton dog. The players can select a hexed board to surf on the train carriages filled with pumpkins, not to mention that they’ll get scored for collecting pumpkins together with the ordinary coins.

Actually, Kiloo went the further mile and created a separate section on their website with games dedicated to Halloween. And here we come to the next point…

**…**🎃 Create a reason to feature Halloween in your game

There is nothing more exhilarating than a new adventure and a storyline built around something happening in the real world. In this instance Halloween. It means that the developers are fully supporting the game and want to keep players interest in their game high.

Obviously there are cost and dev time implications but it can significantly raise your revenue and engagement rates during these times. Gamers are regularly willing to spend on branded items, abilities, etc that may be limited to a period of time.

Why limit yourself to only a few Halloween’ish in-game elements if you can thrill your players with a complex game campaign? Think about tournaments, themed characters, limited-time challenges and so on.

Check Legendary - Game of Heroes: they’ve updated the icon and splash screen, launched events and announced it on Facebook. This year, they’ll offer gamers to collect candies to unlock brand new Halloween content, get their names sealed on a card, and tend to their “very own Halloween Monster”.

If your game community is active and enthusiastic, they could even organize their own Halloween event. Have a look at this subreddit thread by Bloodborne fans who decided to choose and create a specific costume, and use the invasion and resonance bells as often as possible.

Even under current covid restrictions, an online event can cheer up and create a feeling of belonging to the community for those who have to stay at home.

🎃 Create a sense of urgency

Having a Halloween campaign last for just a few days makes gamers even more excited about playing for this limited amount of time. They will open mobile games more often to make sure they haven’t missed anything.

However, you don’t need to squeeze yourself into a couple of Halloween days. Your campaign can last for 2-3 weeks (and even include a few days of post-Halloween time).

If you decided to go without the Halloween updates, launching a Halloween sale is probably the easiest way to be on trend. It’s also a great opportunity to invite new gamers to try your game who’d otherwise perhaps not download it at all. If the game costs a penny, why not try it out?

For the existing gamers, a discount for the DLCs they’ve been missing might be a nice surprise too!

Games platforms like Steam or GOG announce a Halloween sale every year with up to 90% discount for certain games - why not take advantage of the games marketplace initiatives?

For instance, the Steam sale features horror and Halloween-themed games as well as games that have special Halloween updates or activities. Usually, the number of visitors double these days reaching 15 million active users who can select from 23,300 discounted items.

The minimum you can do is to brand your social pages, edit your description on the app stores, promote your event or sale on social media or just post pictures from your Halloween party to your Facebook page. Just… creep it real (sorry).

P.S. If you haven’t planned anything for Halloween, you still have plenty of occasions to boost your gamers’ activity and interaction within the game. For instance, in November, you’ll have a chance to celebrate the main e-commerce event of Asia - Singles’ Day,  Thanksgiving (North America), and Black Friday (worldwide), not to mention Christmas and New Year’s Eve.

As Mateusz Janczewski from SUBPIXELS advises, “Check all the possible marketing tools you have. If you don’t have a big marketing budget and capacity, avoid fighting with the big guys and figure out the best spot for your game.”