These 10 languages accounted for over 80% of the overall word count, from a pool of 45 languages. 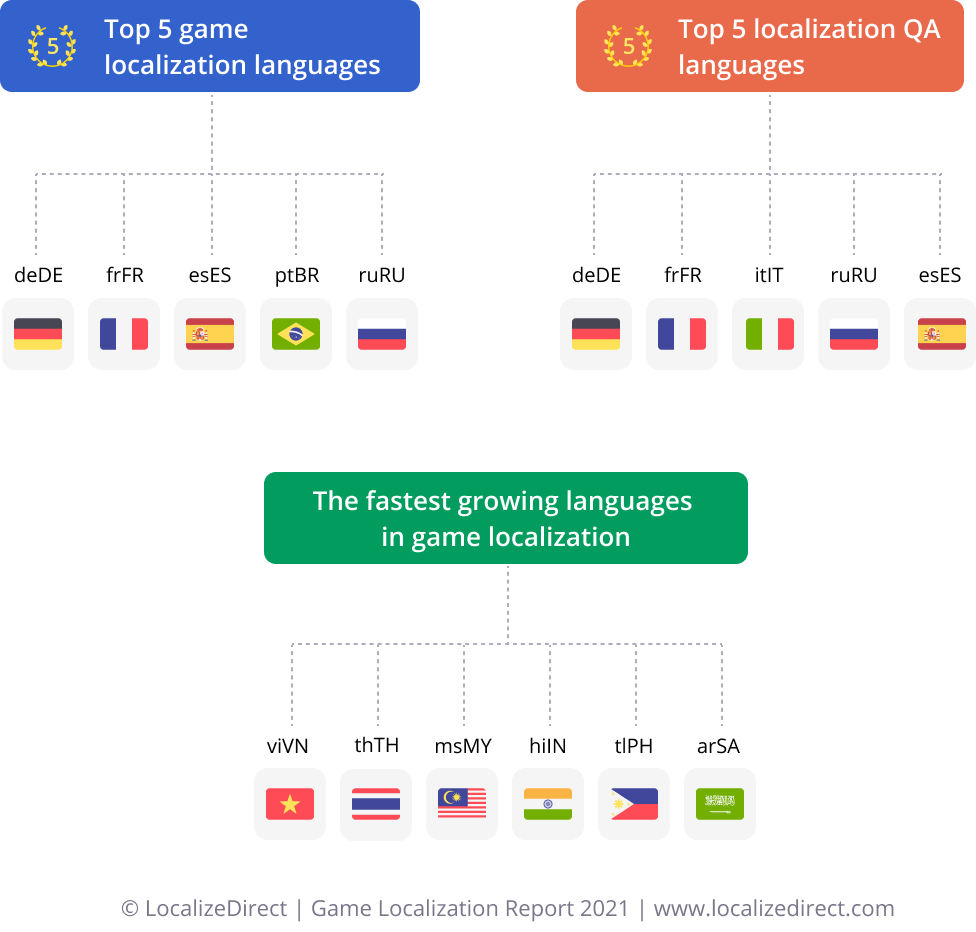 EU Spanish reunites with German and French in top 3

Traditionally, many game developers considered FIGS (French, Italian, German, and Spanish) as the primary choice for localization. In 2020, the FIGS share accounted for around 39% of the total word count, which is pretty close to 2019 data.

German and French grew by one percentage point compared to the 2019 stat. Altogether, these two languages took over one-fifth of the translation pool.

However, FIGS’ leading position is still subverted by Brazilian Portuguese and Russian that ranked #4 and #5 respectively.

Demand for Simplified Chinese is still influenced by the license ban

Simplified Chinese, widely spoken in mainland China, climbed one percentage point in the overall word count distribution, to 7%, however, it’s still lower compared to its 9% in 2018. For foreign publishers, distribution of their games into China remains a challenging task because of the approval process by the PRC’s General Administration of Press and Publication and the need for the ISBN licenses.

In 2020, only 97 imported games received approval although the situation may slightly improve this year: as of June 2021, 76 foreign games were approved for publishing in China. 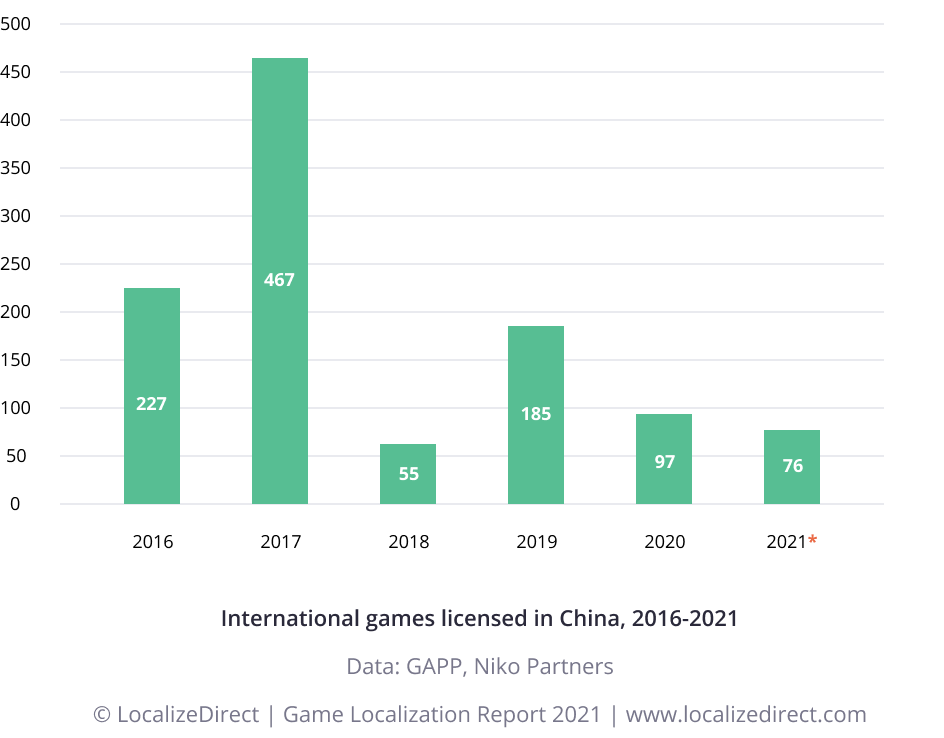 The prospects of East Asian languages

Nevertheless, game developers still see Asia as a promising region due to its large population. Vietnamese, Thai, and Malaysian became the fastest growing game localization languages in the past five years, followed by Hindi, Tagalog, and Arabic.

The most frequently ordered LQA languages

Naturalness (the choice of words and terms appropriate for the game genre and target audience) is the most common issue for localizations into Simplified Chinese, Italian, Polish, Korean, Japanese. Visual bugs are frequently found in German, Brazilian Portuguese, French, Spanish, and Russian.

Find more about trends in game translation, localization QA, best game localization practices in LocalizeDirect’s 2021 report. To access the FULL version of the report, please fill in the form below.