From a game jam in 2015 to a premium title on the Nintendo Switch, Relic Hunters Zero has gone through quite a journey! One of the most impactful changes made to the game over its lifetime has been the efforts to localize the game for its 1.5 million players worldwide. As a game driven to success by that massive, excited community, it only made sense that they would be the ones to take the lead on localizing the title for more than a dozen different languages.

However, as Relic Hunters Zero began transitioning to Relic Hunters Zero: Remix, which included bringing the game to the Nintendo Switch, adding new skins, new music, and new weapons, the question became: What role should the community play in localizing the title going further?

Fan or community localization is a translation done by the volunteers who translate games into their native languages. They may be amateur or professional translators: some are beginners who participate in crowdsourced game projects for an experience and portfolio while others are dedicated players who would like to contribute to the game’s success.

Crowdsourced game translations can be done upon the request of the dev team or spontaneously if a particular language is not supported yet in the official release. Mother 3, Final Fantasy II-VI, and Dragon Quest are some of the most notable fan-translated games.

Relic Hunters Zero debuted for free on Steam in 2015. So free, in fact, that the developers released the source code right alongside the game itself, inviting enterprising developers in their community to immediately begin tinkering with it themselves.

Those modders added characters, weapons, enemies and a slew of community generated content that explosively propelled the game’s popularity.

Suddenly, the game had thousands of players, then tens of thousands, and now more than a million players have excavated their own relics.

How to fun-translate the game: first try

As the community grew, the developers began to rely on them more and more to help the title grow and flourish.

With localization becoming a priority, the game’s 500 in-game text lines were put in a spreadsheet and circulated to key Relic Hunters communities, such as the official Discord server as well as followers of the game on Steam.

With a big international audience, 21 languages were selected and added to the sheet for community members to add their translations to. Slowly but surely, cells became populated with fans inputting their translations, including a very cheeky translation of Brazilian Portuguese and a version of English written in a pirate accent.

Nothing was incredibly comprehensive, but the first translations were fun, cheap and easily accessible for developers on an absolutely free title.

Fast forward a few years and the success of Relic Hunters Zero was apparent in a number of places. A new mobile title had been announced, a looter-shooter sequel was in development powered by a very successful Kickstarter, and the original title had been picked up for publishing by Akupara Games alongside an update and port to the Nintendo Switch.

At the time, there seemed to be a number of really positive reasons to do community localization.

It serves as an economically viable option; asking for volunteers in the community to translate rather than professionals saves the translation cost required to pay those professionals.

3 - It’s an opportunity to build engaged fan base

The Relic Hunters community have always been active and invested in the title and we wanted to carry that forward into the development of the Remix update. With projects like community localization, we gave a piece of the game to the players to work on. In addition to the community-built weapons included in the update, this was yet another piece that the community was able to take ownership of as, in a certain sense, devs on the title as well.

Unfortunately, it also turned out that there were a number of downsides to the community localization route.

The downsides of crowdsourced localization

1 - The need for translation quality control

Even with community localization, you’ll inevitably want to have a professional localization company review the document to make sure that the work you’re getting from the community is a good representation of the language in its individuality and nuance.

2 - Usage of slang or offensive language

There were some bad actors looking to troll who snuck offensive content into the document, but much more commonly we found ordinary people who were using slang or specific syntaxes that were local to a region but not translatable to the language as a whole.

The logistics proved to be daunting. Some translators would completely overwrite others’ work and we found multiple competing translations for the same line of simple text.

Some languages only got bare bones passes, leaving most of the translation blank. This meant that for some languages, we needed to pay for the full translation from the localization house anyway and for other languages we had to drop them entirely since there was so little to go off of.

Oftentimes, our community translators didn’t understand the subtleties and necessities when translating for first-party companies like Sony, Nintendo or Microsoft, which can lead to submission errors. For example, Nintendo will reject your submission if you use incorrect localized terms for buttons on the controller. Translation service providers have that documentation and will get it right. Community members who don’t have access to those resources understandably won’t, which leads to problems.

The timeline also became a bit of a problem as these were unpaid volunteers. A localization company will have a quick turnaround of your project within a deadline and it will be correct the first time through. Community translators didn’t fare so well.

The timeline also becomes an issue as more different parties have to address and handle the document; with the inevitability of your translation document needing to land in the hands of a localization vendor, you will need to start weighing the viability on your production schedule to account for the community localizations and your own internal staff needing to do their own checks.

Some of these problems we foresaw and assumed as risks on the effort. Others, on the other hand, were unforeseen and we had to address them as they came up. However, the most important downside for our project became the interaction between time and money.

For the weeks the document was out to the community, we had our community manager and our producer constantly monitoring it and its progress, trying to resolve disputes in the comments between rival translators, trying to track down edits that didn’t seem to make sense, and trying to answer questions that the community had about the document itself.

Even with a motivated group of community translators, there’s no guarantee that what we have will be submittable. We always knew that we’d be passing the document off to a localization provider to proof everything and fill in any blanks and we knew that process would cost less than if we’d asked the translation team to do the entire project themselves.

The initial hope was that we’d save money by turning over a mostly complete and accurate translation that only really needed proofing. However, whatever money we saved by turning over a semi-complete document was lost in man hours worked by our team.

At the end of the day, while the community translation was free with no money spent on acquiring the translations, it was not free of cost due to our team’s contributions. It took dozens of hours away from our team to monitor and maintain the document, hours that belonged paying attention to more important tasks when releasing a game. 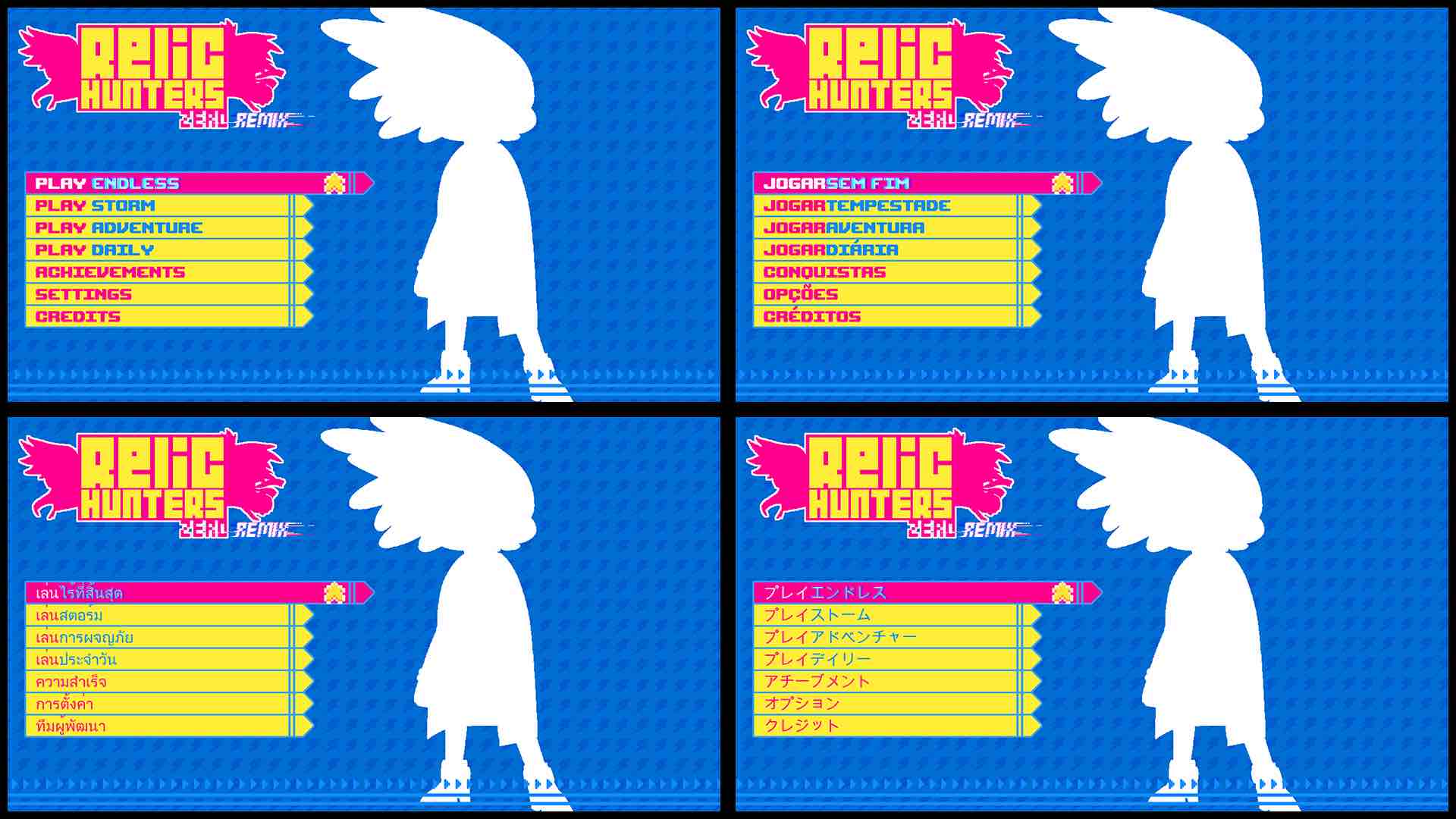 Is community translation for you?

If you’re a game developer or publisher reading this for advice, the conclusion for our team was simple: community translation isn’t worth it when professional help is an option.

Perhaps for a game that has fewer lines of text, but an audience and hands-on community like ours, community translations would make sense and be viable for that kind of project.

This was a good experiment that had real upside if it went well and real risk if it went poorly. Sometimes, when you’re in a situation where you’re trying to save on dev costs, you need to roll the dice on ambitious ideas because you might get a windfall if they pay off. This time, it didn’t pay off. In the future, we’re focusing our efforts on getting localization done right the first time without hassle, which means going to professional localization studios.

About the writer: Buddy Sola is the Community Manager at Akupara Games. After spending years working at AAA companies, Buddy made the jump to the indie scene, bringing that professional expertise along with him. At Akupara, he covers everything fan-facing, from patch notes to Twitter memes to streaming. With a particular passion for peeling back the intricacies of the development process, he’s also worked to shed some light on the inner operations of a game development studio for fans, aspiring devs and anyone in between.