What Is Video Game Localization And Why Should I Care?

For mobile app and game developers localization is an increasingly important consideration. To answer our headline question in simple terms – localization is the process of making your app more attractive to a wider range of countries, or locales, and it leads to more sales. Part of that process is about translating text into other languages, but there’s more to it than that.

Digging deeper we’re going to explain what localization is really all about and how to plan and execute it properly. We’re also going to look at why you should allocate budget and resources to localization, and how to maximize the return on investment you might expect.

The difference between translation and localization

The first common misconception about localization is that it’s synonymous with translation. This assumption has led to some major faux pas.

KFC once famously had its catchphrase “Finger-lickin’ good” translated directly into Chinese, but the literal interpretation read as “Eat your fingers off.” Who can forget the ultimate game translation failure, which became a popular meme, when “all your bases are under our control” became “all your base are belong to us”?

It’s not just Chinese that presents problems, “The Jolly Green Giant” became “Intimidating green monster” in Arabic, and Dairy Association’s “Got Milk” slogan was translated as “Are You Lactating?” into Spanish (although the company figured it out during their marker research, so it has never gone public).

All of these embarrassing blunders occurred because the translators were not given the proper background. Localization goes further than direct translation.

Good localization will take into account established cultural norms and societal attitudes. It should go beyond translating a list of text strings to make sure that the chosen language is correct in context. Ensuring that that the big picture looks right and conveys the intended meaning encompasses everything from the text to icons, graphics, and even user interface design.

If you get it right, then your app or game will feel as though as it was originally developed for the target market. A well-localized app will resonate with users and generate positive reviews. A poorly handled localization can have the opposite effect and even cause offense.

Be prepared with internationalization

Developers must keep in mind that there’s an overhead associated with implementing localization. A failure to plan for it from the start will make it more difficult and expensive to handle later.

Internationalization or globalization is about designing and developing your app or game so that it will be easy to localize for different cultures, locales, and languages. That means writing the code in such a way that localization won’t necessitate re-engineering. For example:

The earlier, the better

Another popular misconception about localization is that it should come at the end of the project and be handled separately, or be compartmentalized from the rest of development. This attitude leads to poor quality localizations and increases the overall cost dramatically.

Obviously there’s a temptation to wait until all your text is nailed down to proceed with localization, but allowing an early input can save you so many problems. A localization professional can flag potential problems while it’s still relatively easy and cheap to tweak the design.

The importance of context cannot be overstated. There’s no substitute for using the app or playing the game when it comes to understanding what the developer is aiming for. Provide as much background information as possible, give demonstrations, and answer questions promptly to ensure that your localization firm understands the context fully.

Why it’s important to localize

We’ve looked at what localization is and how you might lay the foundations for it, but why should you bother doing it in the first place? The obvious answer is that it will result in more sales of your app or game. People prefer to use mobile games and apps that are in their native language. It’s a great deal less expensive and time-consuming to localize your existing app or game than it is to create a new one. Why leave money on the table?

Many developers assume that English is enough, but some of the most lucrative markets for mobile apps and games are not native English speaking. By targeting the right markets, developers will find that localization more than pays for itself.

Pro Tip: Did you know that on average, our game clients kick off with 7-10 foreign languages? Check our most popular languages in game translation. 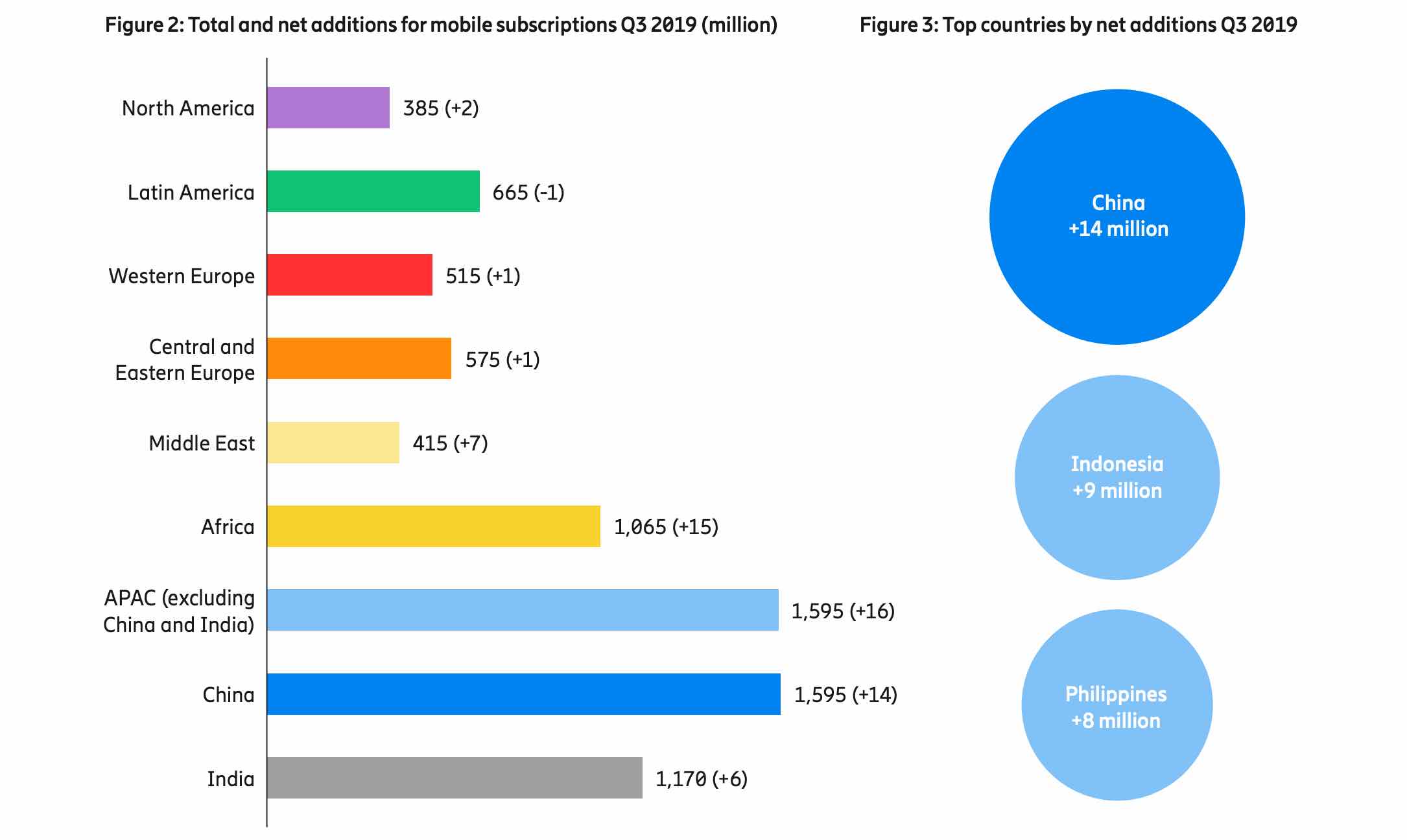 Popular assumptions about where the profit is within saturated markets may also prove to be wrong. If we take a look at App Annie’s mobile market report 2019, we find some interesting variations in the consumer spend for the top five revenue-generating countries in app stores globally. Here’s how it breaks down: 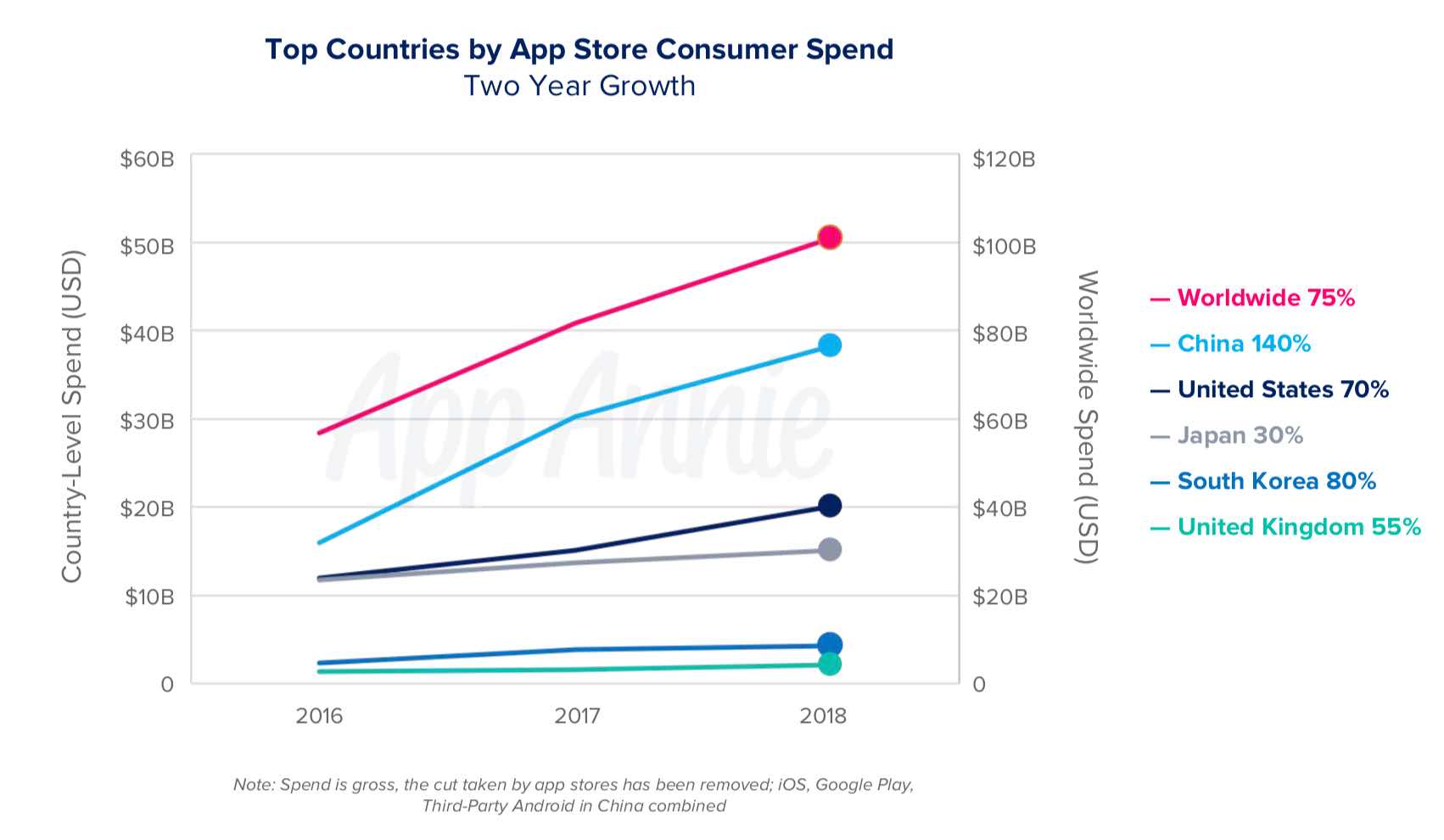 We also find that Japan, China, and South Korea are leading the way towards the freemium business model, which is completely dominating the mobile app and game market.

There is a clear and demonstrable link between localization and higher numbers of downloads and revenue generated in the targeted markets. Distimo studied 200 iPhone apps and games and found that the impact of adding a native language after a week was pronounced. Downloads rose by 128% and revenue rose by 26%. 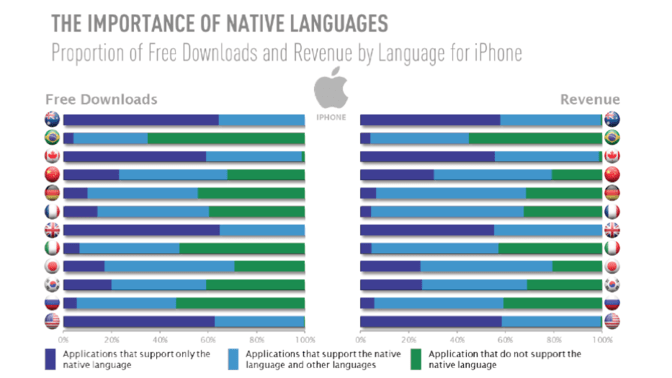 The same logic holds true for games and applications beyond mobile. There’s some interesting and very candid analysis in Lars Doucet’s blog, Was Localizing Defender’s Quest Worth It? After localizing their PC game they found significant additional sales in the target markets. The overall answer was a resounding yes, but there were large variations in the impact and how it converted to the bottom line.

There’s another element for mobile apps and games and that’s the importance of localizing for the App Store. It’s crazy not to localize metadata, keywords, and screenshots for other markets. Even if you don’t localize the app or game fully. This was well illustrated in David Janner’s article at Make App Magazine where he found that localizing his app’s name, keywords, and description increased downloads by a whopping 767%. This can partly be accounted for by the comparatively high level of competition for English keywords.

Developers have to remember to be cautious with resources to ensure the best return on their investment. While a market like Japan might be very attractive because of high ARPD, if you’re translating from English it may prove more expensive to properly localize the app into Japanese, than it would be to localize into German. This potential issue will be exacerbated if you didn’t consider internationalization from the start.

It’s important to do some research on potential markets. Analyze your competitors and consider employing some tools and digging into data from big marketing firms such as App Annie and Sensor Tower. If you’re going to make the investment then it pays to do your homework first.

What about the costs?

Game localization rates start at €0.11/$0.13 per word or per character for Chinese.

To reap the greatest rewards you should localize before release. This is because many people will check out an app or game upon release and never take a second look. If you don’t publicize subsequent localizations then they might not have the impact you want. This point leads neatly into the importance of advertising and marketing in other markets if you want to get the maximum benefit.

You should also consider how you are going to cater for queries from new markets and provide updates. Localization should be part of your ongoing strategy, so think about establishing long term relationships with your localization partners.

Remember those translations we mentioned at the start? That’s why you should always use a professional translation service. Crowdsourced localization and engaging existing users and fans of your app or game to help with translations is a popular practice, but it’s not without risk. Understand that you’ll have less leverage to enforce quality or deadlines. There’s also a real danger you’ll end up with inconsistent text across your app if you rely solely on this approach.

The best results will always be achieved through a reputable localization company, but in some circumstances a hybrid approach where crowdsourced translators or willing users are overseen by professionals could work. There are also content management systems like LocDirect or Gridly, which help you to create an effective localization pipeline from day one and stay on top of the process all the way through development.

Localization is a very effective way to increase downloads and generate more revenue for your existing portfolio of apps and games and anything you intend to develop in future. Ideally it should be planned for from the start, before a line of code is written. Targeting the right markets requires careful research and analysis. You should also measure the ROI as best you can and apply the lessons learned to future developments. Localization professionals should have some involvement throughout the process and be keenly aware of the context.

Pro Tip: Don’t forget about the localization quality assurance (LQA) - to ensure the highest quality of your localized title.

In the world of mobile apps and games, localization is not an all-or-nothing proposition. You can dip a toe in the water and see how warm it is before you dive in. If there’s a chance of generating more profit from your app or game, don’t you owe it to yourself to try?