Game Localization To Arabic - Why And How?

What’s the difference between MENA and Arabic countries?

MENA refers to the Middle East and North Africa region and includes 19 countries.

Arabic-speaking countries are often confused with the MENA region although these markets just partly overlap. Despite Arabic dominating in MENA, the region is home to millions whose native languages are Turkish, Persian (Farsi), Hebrew or Urdu.

In this blog, we’ll focus solely on the Arabic-speaking markets. You can read about the **Turkish games market **in our previous blog.

Where is Arabic spoken?

The Arabic language is officially recognized by the government in 26 countries. It is the 5th most popular language in the world with 420 million speakers (6% of the global population).Saudi Arabia is the most attractive Arabic-speaking market followed by the UAE, Kuwait, and Bahrain.

The reasons to localize games to the Arabic-speaking markets

Why you should get a foothold in the Middle East?

#1 The majority of the Arab population is below 25 years old. The younger generation is more tech-savvy and open to new hedonistic experiences. In Beirut, it’s pretty common to see internet cafes where locals play AAA shooters like Call of Duty.

#2 Smartphone penetration in the most developed Arabic country - Saudi Arabia - was at about 46% in 2019, which opens up huge growth opportunities for mobile games.

#3 The average revenue per paying mobile user (ARPPU) in Saudi Arabia stands at $270 - it’s the highest rate in the world. Chinese users bring just around $32. More than 40% of Saudi gamers pay for in-app purchases, with some spending up to $1,000 a month (they are commonly called “killer whales” by some in the game dev world).

What games succeed in the Middle East?

Gamers’ preferences vary from country to country but in general, arcade, action, sports, racing, and casual games do pretty well. The competition isn’t severe, so, if the game is localized or contains cultural elements (like the player traveling around the Middle East) - it will most probably be successful.

Challenges in the Arabic markets

Of course, internet speed, online payment support, and an average income varies from country to country. The Persian Gulf states may be the smallest population-wise but are way more lucrative than populous North African Egypt and Morocco. For international game development companies, it means that each market should be evaluated independently, depending on the game genre, design, and monetization model.

A few years ago, piracy was pretty common for the games markets in MENA and the Middle East. But it’s not the case anymore. Access to Xbox, Steam, and app stores made foreign games more accessible and affordable. Even more: Arabic gamers are not content with low quality translated games, and demand professional localization.

MMO games were at the forefront of content localization from English into Arabic. Western developers like EA, Ubisoft and Sony localized some of their games into Arabic or at least provided Arabic subtitles. FIFA, The Division, Assassin’s Creed, Uncharted 4: A Thief’s End/Uncharted: The Lost Legacyare just a few titles to name.

Besides the translation of FIFA, EA also featured local teams and leagues. Ubisoft localized The Division into Arabic and even opened a studio in Abu Dhabi.

So, as a game developer, what should you keep in mind when localizing your game into Arabic? We’ve asked one of our Arabic translator Alaa Magdy Ibrahim and here are some of her recommendations.

Arabic, Hebrew, Urdu and a number of other languages are right-to-left (RTL) languages which means you should not force (or lock) the text direction in your game. The entire user interface should also read from right to left. If the game UI is not adjusted for the RTL languages, some game devs mirror their games to reach the necessary effect.

Almost everything should be localized. However the Arabic markets will usually be fine with transliteration of proper names and having Latin numbers instead of Arabic ones.

Interesting fact: In Arabic, numbers and Latin text are written from left to right (LTR).

That is why LQA is important for the games localized into Arabic as a lot of developers experience troubles with font or how the text is displayed in game.

Arabic, like French, is a language that has a grammatical gender for almost everything and that makes it a bit challenging when localizing English game text into Arabic. The same fact also results in usually longer strings.

Interesting fact: Often, when translating vice versa, from Arabic to English, the text can be shortened by a third. Partly, it’s due to the fact that Arabic is an “emotional” language that has plenty of synonyms and the word combinations that are used to “intensify” the meaning.

There are quite a lot of sensitive topics to consider when translating video games. Homosexuality, explicit sexual scenes, nudity, alcohol, religious symbols or mentioning verses from Quran or Bible are still things to avoid when translating video games. Even if they exist in the main language version of the game, translators usually make amendments in a way that won’t offend Arab gamers or governments. Offense of Islam is of course a no-no.

Interesting fact: Due to the regional differences, some topics inappropriate in one country, can be well-received in another. Take the Christmas theme as an example. It probably won’t be accepted in Saudi Arabia but Tunisia or Morocco may favor it.

Modern Standard Arabic (MSA) is the most commonly understood dialect used in the media and education. As it’s a language most common in media and official environments, it feels a bit formal. However, it’s understood by everyone and that’s a reason why game devs select it, even if the in-game events happen in a specific country. But if you want to add an ingenious touch to the game, you may need different voiceovers.

An example: FIFA 2012was localized into Modern Standard Arabic but for the voiceover, it involved one of the most prominent Tunisian commentators.

In some cases, certain parts of the game should be localized into a local dialect or left in English (or French for North Africa). Racing game Need for Speed, contained the names of the parts of the car which differ in various regions. They would have been ill-advised to have left them in Standard Arabic as not all gamers would understand the intended meaning.

Fun fact: According to WSJ, the Egyptian dialect is perceived as the lingua franca for Arabic comedy, Lebanese - for sitcoms, and Syrian is seen as more serious, appropriate for dramas.

Some say that translation to the Middle East is just 10% of the effort, culturalization takes the other 90%. Arabic gamers love games that embed elements of their culture, be it prominent historical figures or celebrities. We’ve mentioned FIFA so many times but we can’t stop doing it once again:the Arabic version of the game featured local Arabic soccer stars.

Interesting fact: To localize the game “Paramanyu” for MENA, Korean company Netmarble ran UX tests among 30 focus groups. The study demonstrated that gamers found a large number of buttons confusing. Netmarble reduced it to around 15, improved social features, and even went a step further and introduced more relevant maps, landmarks, and characters. The game was released under the title “Traveling Millionaire” (رحلة المليونير). 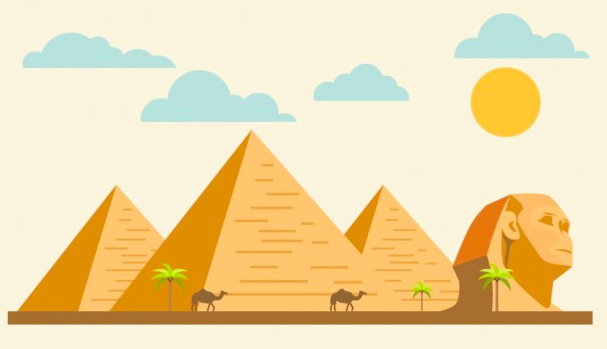 Are you ready to conquer the Arabic markets? Or prefer more westernized eastern markets first? Then check our Turkish localization blog- this country is called a true gateway to MENA.

Localizing your app or game into Brazilian Portuguese is a good investment. If you are considering entering this space then we have a few pointers for you in this factsheet.

Turkey is the most developed games market and the video game centre of MENA, #18 globally. However, there are a few important things to consider before localizing your game into Turkish.